Our first feral sample of the season 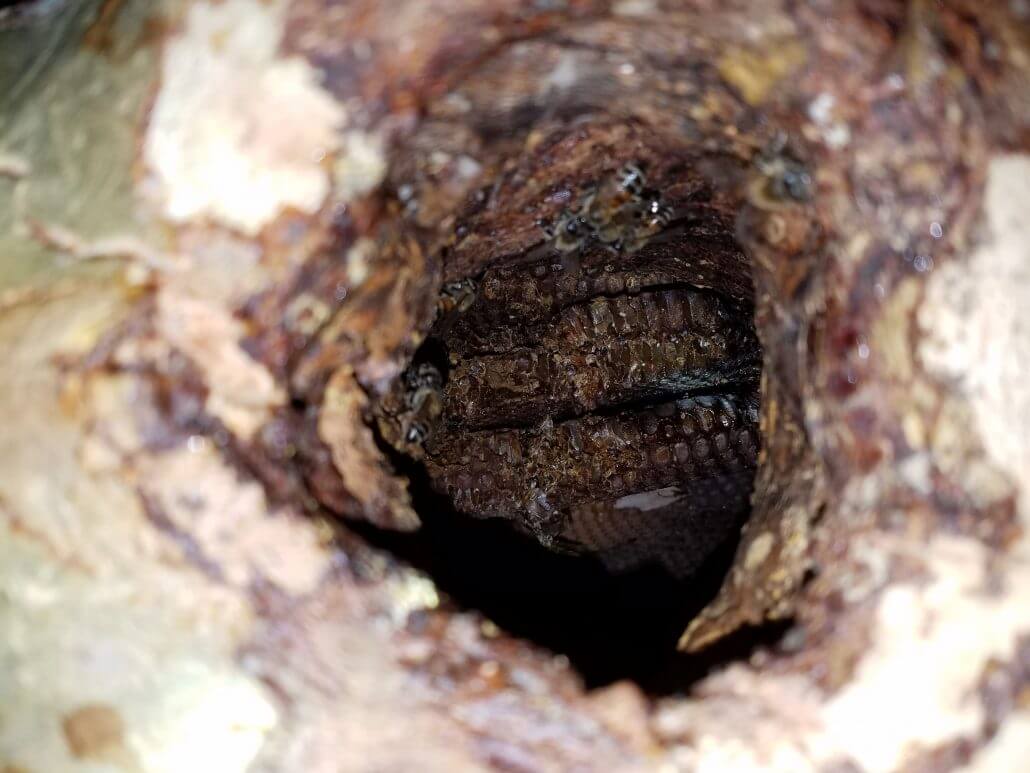 The Tracking of Feral Bees project at Penn State is underway. Last Thursday night, we set out on our first feral bee adventure of the year! About 45 minutes south of State College, in Huntingdon County PA, we sampled individuals from the our feral colony of our study. A great sycamore tree, close to 100 years old, had fallen. The tree had a large cavity that was home to a feral colony. The comb inside the colony was brown and aromatic, indicating the that the colony has resided for several years. We gathered our gear, including a smoker and fuel, veil, tubes for collecting samples, dry ice, and a phone for navigation, and headed out. The task appeared trickier than we had initially thought. The bees were rambunctious earlier in the day after the tree had fallen, but as the sun went down the bees huddled together and were determined to not break their winter cluster! We could hear them buzzing as we waited outside the entrance to the colony. We had sampling tubes in hand, ready to capture each bee as they left the colony. It took about 30 minutes to collect 30 bees, and after 7pm we excitedly returned to State College. The samples were stored in -80 for future genetic analyses. The tree will be removed next week and we shall return in an attempt to save the colony.

Written by Katy Evans, Field Technician in the López-Uribe Lab.