What would Halloween be without pumpkins; where would pumpkins be without bees? Non-existent! 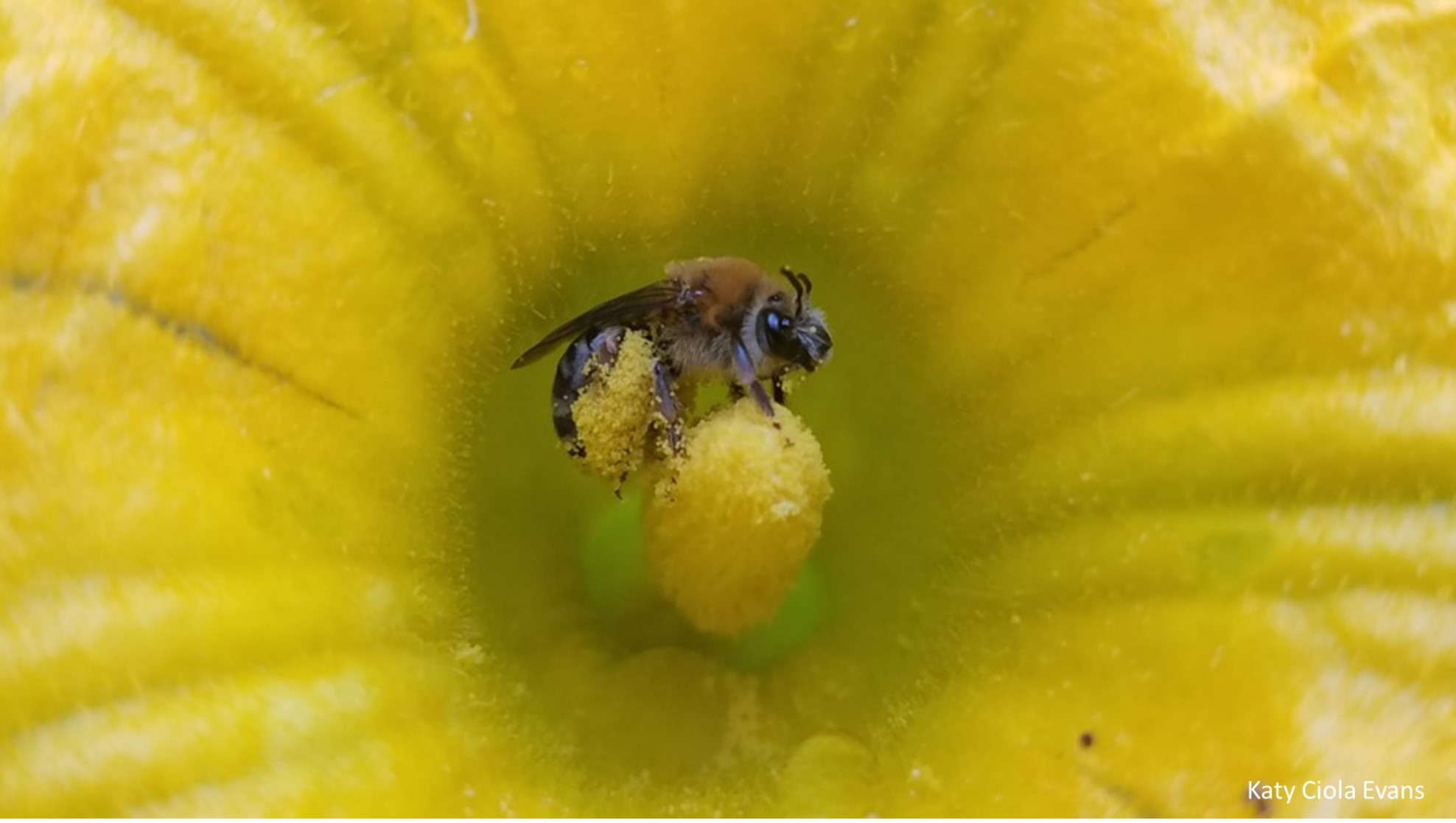 What would Halloween be without pumpkins; where would pumpkins be without bees? Non-existent!

Pumpkins and Halloween go hand in hand. Jack O’Lantern carving is one of the most popular fall activities and pumpkin pies are a definite favorite for many at the Thanksgiving dinner table. Pumpkins were first cultivated in northern Mexico. However, they are now grown on every continent except Antarctica. Pumpkins are part of the crop genus Cucurbita (which includes squash, gourds, and zucchini among others) and these crops rely on bee pollination to produce fruit. Pumpkin pollen is large and sticky and the most common pollinators include bumblebees, honey bees and most importantly squash bees. The squash bee Peponapis pruinosa is one of the most important pollinators of pumpkins in Pennsylvania. However, this bee species is not native to the northeast, it traveled northwards from Mexico as native Americans began cultivating this crop during the 14th century (Lopez-Uribe et. al. 2016).

Squash bees are a specialist pollinator of Cucurbita and have been essential to the domestication, spread, and production of Cucurbita throughout the Americas. There are two primary characteristics that make squash bees one of the most efficient pollinators of pumpkins: 1) they are hairier than many other bees so they can carry more pollen from flower to flower and 2) they are active very early in the morning which coincides with the times when the pumpkin flowers open (Lopez-Uribe 2017). The heaviest pumpkin in North America was over 2,000 lbs in Rhode Island in 2016. We have to give a shout out to the squash bee because after all, Halloween just would not be the same without her.