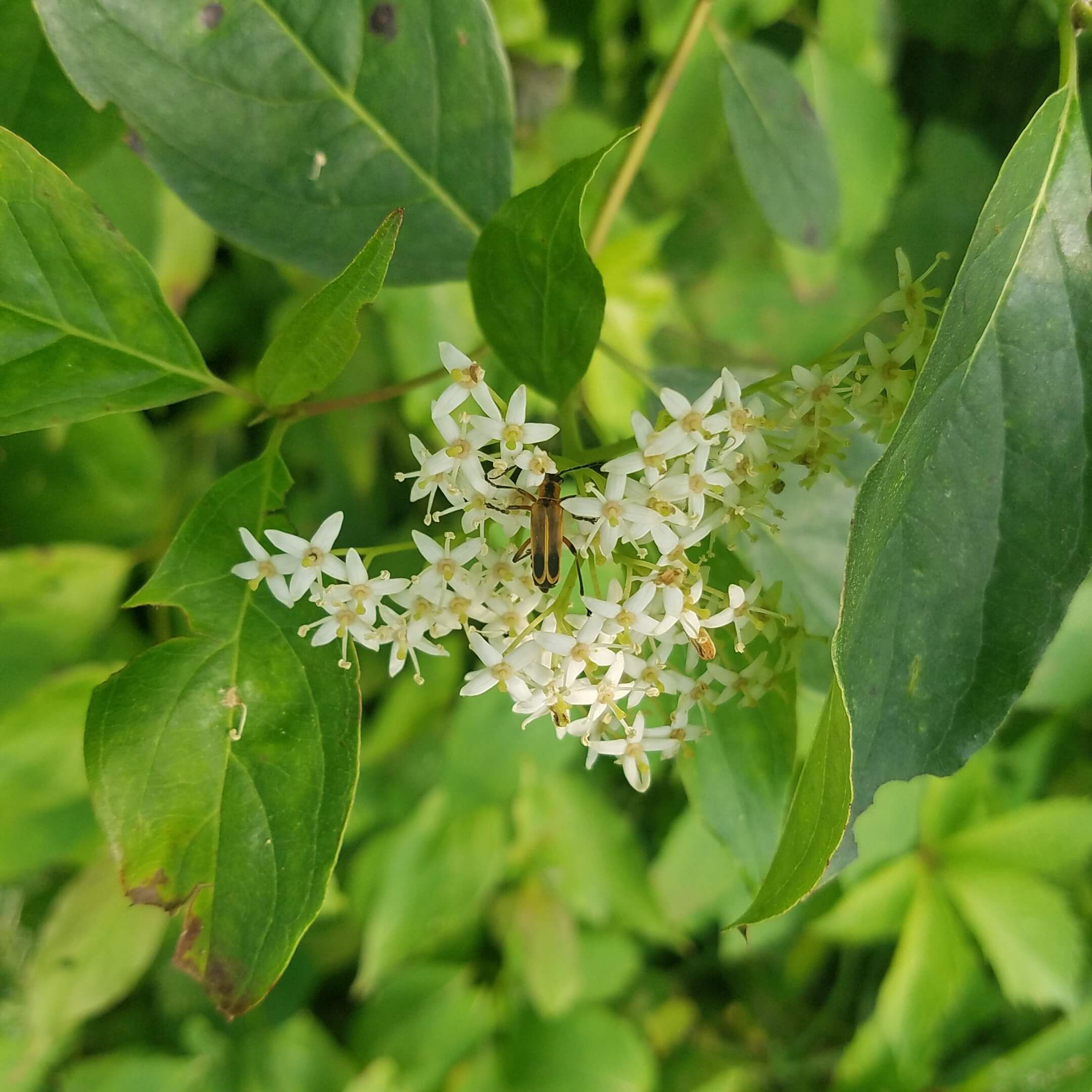 “Shoo fly”, we often think; but think again, that fly might be an important pollinator for some of your favorite foods, including mangoes, kiwi, coffee and canola. Insects are the most common of all pollinators, pollinating roughly 90% of all flowering plants. The most common pollinators include bees, wasps, moths, butterflies, flies and beetles. Bees by far receive the most publicity, which is well deserved because they are among the most competent of pollinators. However, there are many other insects that provide significant pollination services.  Beetles and flies were among the first known pollinators of flowering plants, dating back to the Mesozoic about 200 million years ago. A common flower visitor in Pennsylvania is the orange soldier beetle (Image 1). They are generalists commonly found on goldenrod, Virgin’s Bower vine, daisies, black-eyed Susan, and hyssop. The larvae feed on insects while the adults feed on nectar, pollen and grasshoppers.

Hover fly, the black and yellow stripes mimic that of a bee

Another surprisingly important pollinator are flies, but you might not recognize it as one because many of them resemble bees (Image 2). Hover flies and syrphid flies have black and yellow stripes, but they are true flies and are often found hovering above flowers. The larvae are important biological controls of plant pests because they are predators of aphids, consuming up to 400 aphids before they reach adulthood. Flies are an essential pollinator of pawpaw fruit. The fruit have a pungent odor, similar to rotting fish, that attracts flies. Many farmers will hang rotting fish near the plant to attract more flies.

Squash bees are active in the early morning and nest underground

Some pollinators are crepuscular or nocturnal. They are active when the sun goes down. Hawk and yucca moths are common nocturnal pollinators and are regular visitors in the garden, particularly for moon flowers, morning glories, and cacti. Another early pollinating species is the squash bee. They follow the schedule of flowers of common cucurbits, including pumpkins and squash, and are often finished pollinating flowers just after dawn (image 3).

Pollinators come in many sizes and shapes, so celebrate pollinator diversity with us this week during National Pollinator Week (#pollinatorweek)!

Below are common pollinators in Pennsylvania