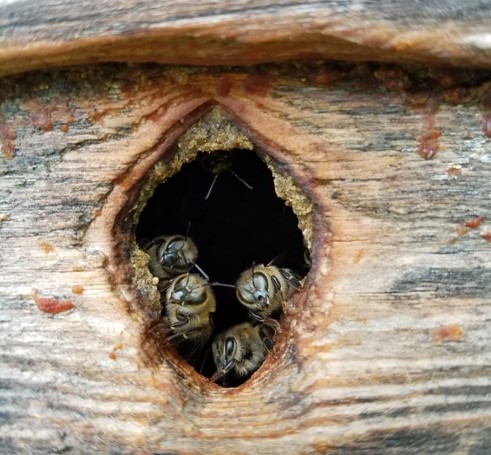 Honey bee colonies have been in decline in recent years due to many factors, including lack of high-quality nutrition, exposure to pesticides, and pressure from pests and pathogens. Infestations of the parasitic mite Varroa destructor play a large role in these staggering colony losses. These mites feed on the fat body and hemolymph of bees, and in the process, they transmit a cocktail of viruses that weakens the individuals and eventually the whole colony. For this reason, controlling mite populations through the application of miticides can be crucial for beekeepers to prevent colony losses. This becomes clear when beekeepers refrain from treating commercially managed bees, as they rarely survive more than one year. However, this beekeeper-led management of mites comes at a cost: the bees may not be able to develop natural mechanisms of resistance or tolerance to this pest and associated viruses.

There are exceptions to this phenomenon, which have been observed in unmanaged (feral) colonies that can survive in the absence of beekeeper management in wild conditions. Reports from around the world have described feral colonies naturally evolving mechanisms of tolerance or resistance to mites and viruses as a result of the evolutionary arms race between bees and these pathogens. For several years, we have been studying the role of honey bee immunity and viruses on the survival of feral colonies that live in wild conditions without assistance from beekeepers.

Studying feral bees is difficult because they can be hard to locate in nature. Due to these challenges, we teamed up with a large number of beekeepers across Pennsylvania (USA) to locate feral colonies, characterize their overwintering survival, and quantify the levels of viruses that these unmanaged colonies have. In addition, we also quantified the expression of immune genes that individuals in these colonies produce to investigate whether unmanaged colonies are defending themselves better against viruses transmitted by mites.

While miticides are still crucial tools for beekeepers to help mitigate the destructive effects of Varroa mites and viruses such as DWV, feral colonies may offer sources of resilience to pests and pathogens and deserve further investigation. The identification of immune genes associated with colony survival also holds promise for these genes to be used as predictors of honey bee health, which can aid in screening colonies for their ability to overwinter when dealing with diseases. Overall, we hope that future work focuses on incorporating these advantageous traits from locally adapted feral bees into managed honey bee breeding programs.

For more details about this study, check out our paper in Frontiers in Ecology and Evolution.