What Have We Learned From 6 Years of Monitoring Wild Bees? 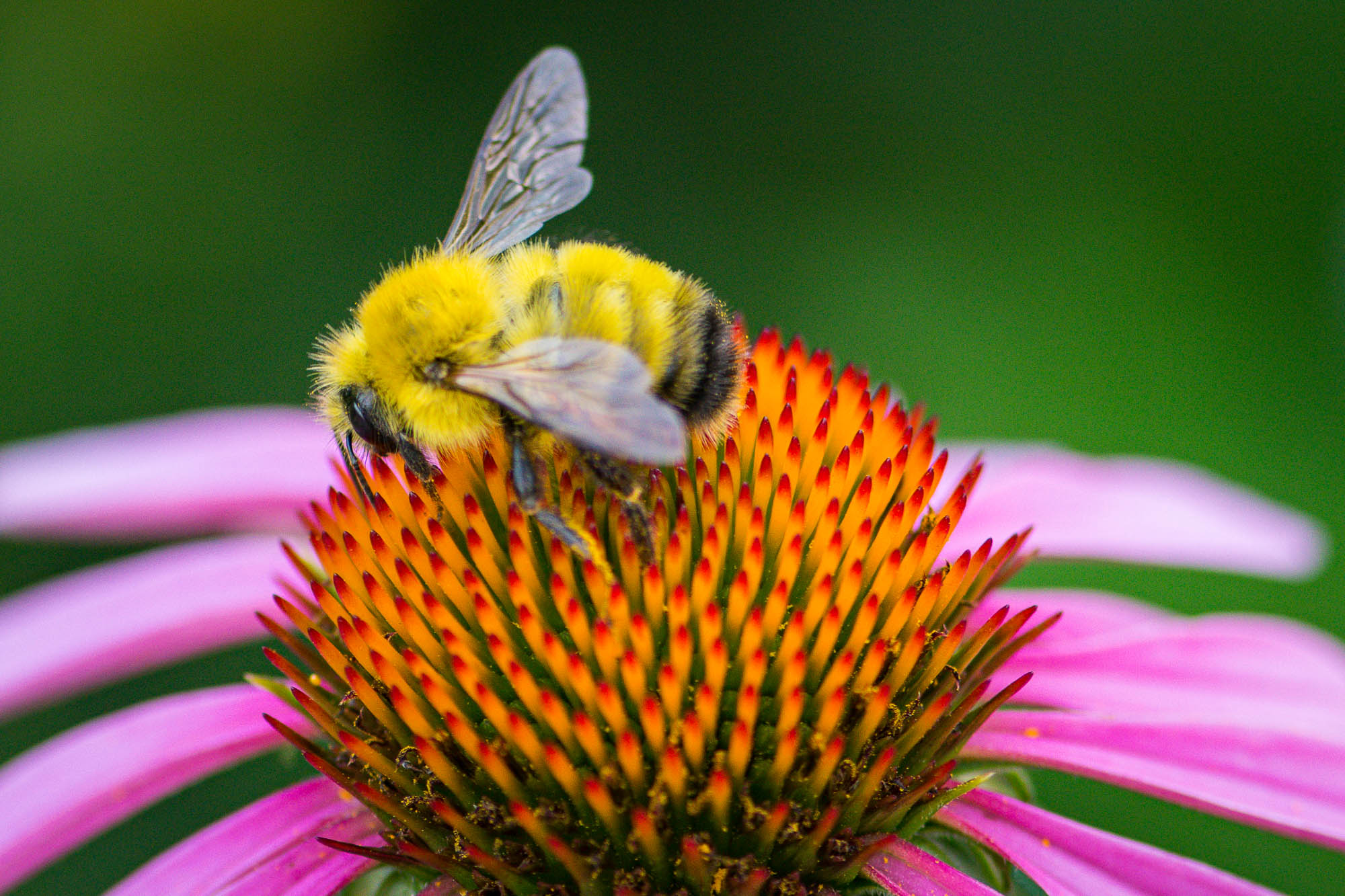 There are around 4,000 bee species in the US and over 400 in Pennsylvania (Figure 1). With so many species it’s very difficult to know what’s going on with each species and any collection of species that co-occur at any given location. There’s growing concern that bees are declining because of a variety of stressors such as habitat loss, pesticides, invasive species, and climate change. While there is good evidence that some bumble bee species in the US are declining, the status and trends for most other species are largely unknown due to a lack of data. This is why there’s an ongoing effort to establish a US nationwide bee monitoring program. In our recently published paper we looked at changes in populations of many bee species using data from 6 years of intensive bee monitoring.

We’ve been working to understand how populations of bees in-and-around several apple orchards in Southern Pennsylvania are changing over time. To do this we’ve been monitoring bees for the last 6 years using Blue Vane Traps (Figure 2), a type of trap that attracts and captures a wide variety of bees. With these we’ve collected data on what bees are active every single week between April and October for 6 years in a row. So far we’ve collected 144 species! This is 33% of the species found in the whole state. As is the case in all collections of species in nature, most species were rare, for half of the species we collected 5 or fewer individuals. However, we did have 40 species with enough observations to be able to look at population trends over time.

Figure 2. Blue Vane Trap, a type of insect trap that attracts and captures a wide variety of bees and other pollinating insects. Photo by Nash Turley CC BY-NC-SA 4.0.

We found that 26 species were stable over time, that is, no detectable change in abundance between 2014-2019 (Figure 3). However, 13 species, or about ⅓ of the species we could measure, declined in abundance over time. Many of the declining species were bumble bees and sweat bees. By contrast, only 1 species increased in abundance over time. In addition to changes in species’ abundances, we also saw declines in the number of species observed. At the peak year we found an average of 46 species at each collection site which dropped to an average of 30 species per site at the end of our study.

Figure 3. Changes in abundance of three bee species between 2014 and 2016. These three species are representative of categories of species that were stable, declining, and increasing.

Our collections were at 4 orchards all within a few miles of each other, so we don’t know if the patterns of declines we saw are happening in other areas. Also, 6 years of data are probably not enough to provide strong evidence of longer-term trends. Rather our patterns could be a product of year-to-year fluctuations that by random chance happened to show declines during our 6-year snapshot. Others have suggested at least 10 years of data are needed to detect long-term patterns of declines in insect populations. We are continuing our collections of hopes that we can provide more concrete evidence of population trends in the future.

In addition to studying changes in abundance over time (across years), we also looked at seasonal changes (within years). We wanted to understand how bee communities (the combination of species active at any given time) change from month to month. We found that bee communities in April, May, June, and July are all distinct. That means that each month you go out and look at bees between April and July you will see new species and unique combinations of species flying around. We also looked at seasonal patterns of abundance for our 40 focal species and that there were 3 types of life history strategies which are shown in Figure 4: 1) species are are active for just a short time in the spring such as mason bees and mining bees (pink), 2) those that are active for a short time just in the summer such as squash bees and long-horned bees (purple), and 3) species with a broad period of activity that are likely to be flying about from May all the way to September like bumble bees and most sweat bees (blue). Non-native honey bees had the widest period of activity, they are always around.

Figure 4. Seasonal patterns of activity for seven types of bees in Pennsylvania. Filled in squares represent months in which the majority of bees were captured. See main text for further explanation of the patterns.

Our analysis of bee monitoring data over 6 years helped us learn a great deal about the natural history of bee communities and species-level insight for 40 co-occurring species. Our results are concerning because they suggest there could be declines in species’ abundances and community-wide biodiversity in recent years, but further study is needed to know if this is part of an ongoing pattern. We hope that data like this will be helpful in identifying species of conservation concern, or species that could be good indicators for detecting threats to other bees or insects more generally. We also hope that basic natural history data on many species will be useful for guiding conservation and habitat restoration efforts focused on helping bees and other pollinators. You can read more about this research in our open access paper published in Ecology and Evolution: