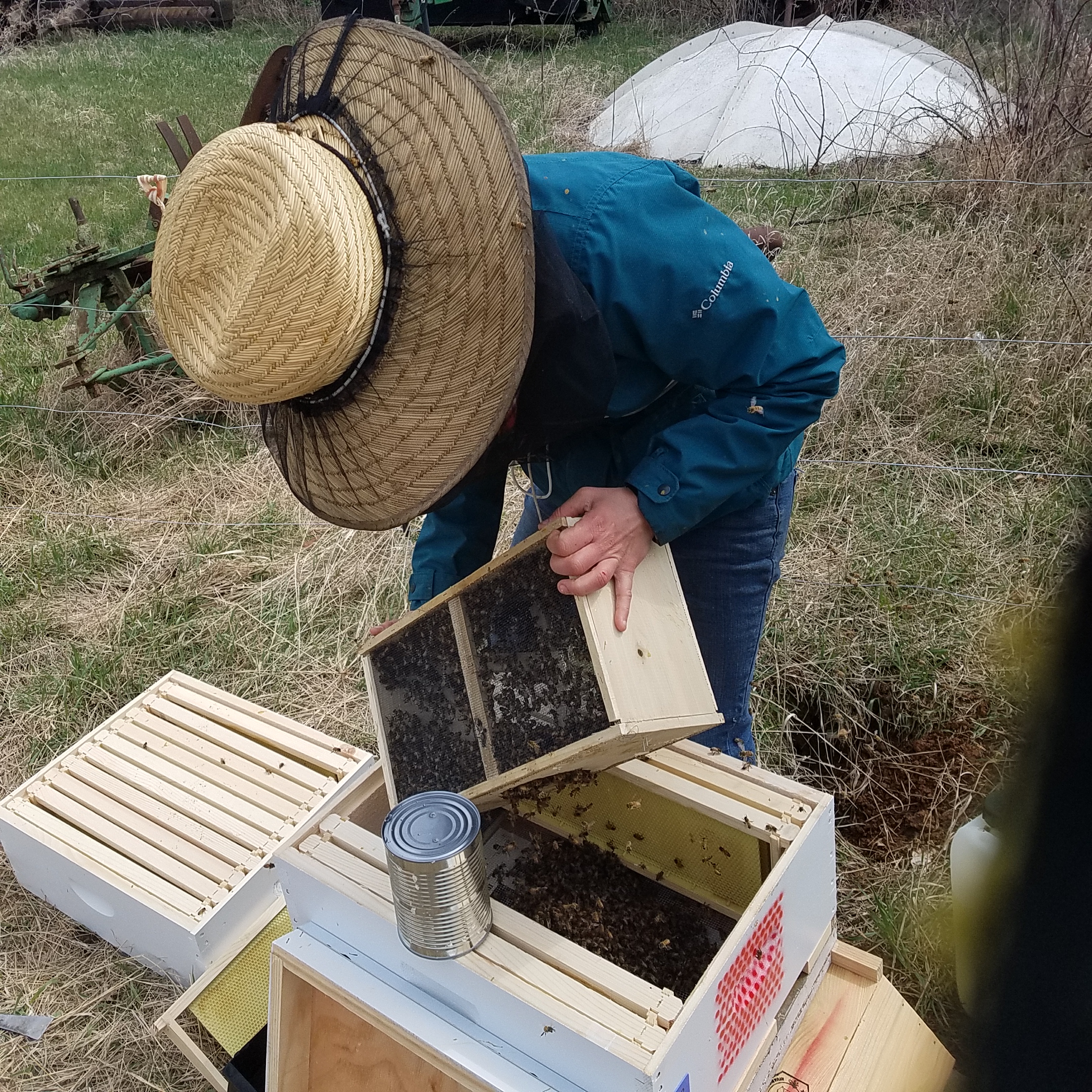 Varroa mites are, without a doubt, one of the most difficult challenges for beekeeping management. Treating for mites is tricky: if you don’t treat for mites the probability of colony survival decreases by ≥55%, but if you overtreat mites may evolve resistance to treatments or there can be negative side effects for the bees. Thus, our general recommendation for beekeepers is to treat mites only when colonies are above threshold while using the least toxic, but effective, miticide treatments. Organic acids (formic and oxalic acid) are among the best and safest tools that beekeepers have available to control mites. In particular, oxalic acid is one of the most commonly used miticide treatments before installing packages in the spring (see detailed protocols here). Packages often come with a high number of mites, so many beekeepers choose to treat packages with oxalic acid. The question is: does it really make a difference for colony health to treat colonies with miticides in early spring?

To answer this question, we investigated the effects of using oxalic acid vapor treatments within one week of package installation in the spring in combination with natural swarming on the health of colonies. For the experiment, we established  27 3-lb packages in standard 10-frame Langstroth hives with screen bottom boards on April 7, 2017. Colonies were randomly assigned to one of two groups: treated with oxalic acid at a rate of 1 g per colony, one week after installation, or controls (untreated).

During this experiment, efforts were not taken to prevent swarming. Natural swarming is another effective and safe approach to control mite populations, as the parent colony has a month-long break in brood production, which also causes a break in mite production. In addition, approximately 25% of the varroa mites leave with the issuing swarm. Colonies that swarmed were allowed to requeen themselves, resulting in a 3-week brood break for half of the colonies in the experiment. Mite levels were monitored throughout the duration of the study and bees were collected in May, July and September to quantify viruses.

Our results indicate that treating packages using oxalic acid vapor provides a short-term reduction of Varroa mites in newly installed colonies, but found that, unless colonies swarm in the summer, there are no long-term benefits of the spring treatment in terms of mite levels and viruses (Figure 1). Thus, mite levels should be monitored and, if necessary, controlled throughout the season. Colony swarming did result in reduced mite and DWV levels in the fall. However, the break in the brood cycle resulted in a significant reduction in colony honey yield.

We recommend implementing a brood break mid-season, either through swarming or the managerial equivalent (i.e., colony division), as a key tool for mite control for backyard beekeepers who do not rely on honey production as a main source of income. Colony division strategies could be easily integrated into a seasonal Integrated Pest Management (see this article: IPM) program and have the potential to serve as a non-chemical and cultural alternative to chemical miticides.