Honey bee viruses are common, but at low levels, in wild bees 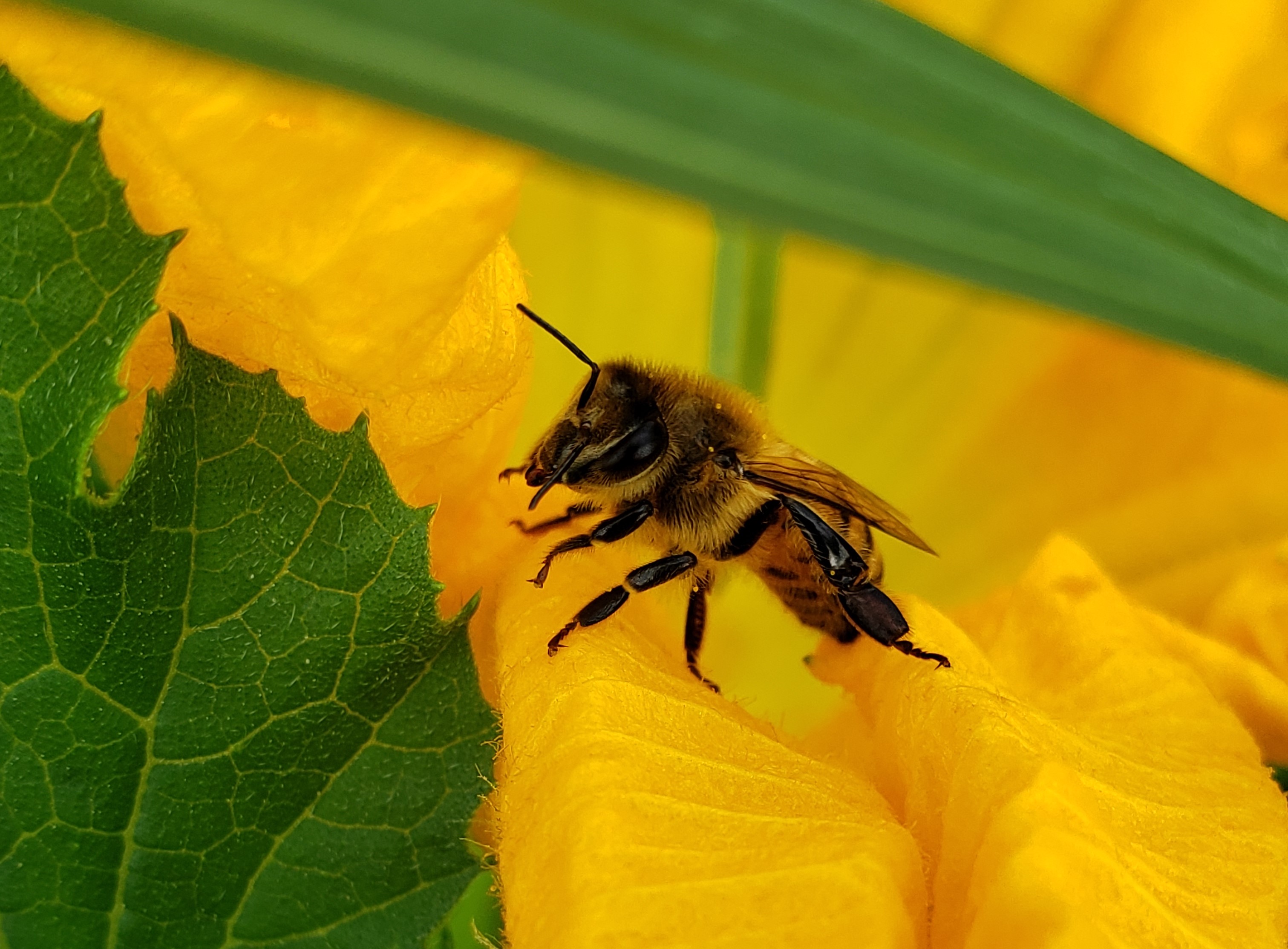 Pathogen transmission from honey bees to wild bees has been attributed as one of the major negative impacts that managed honey bees have on wild bee populations. Among the many pests and pathogens that attack honey bees, the varroa mite and its associated virus, deformed wing virus (DWV), are most abundant and detrimental to honey bee health. The synergistic interactions between this virus and varroa mites have increased the amount of DWV in honey bees and caused what is known as the DWV epidemic.

Because flowers are hubs of pathogen transmission among pollinators, the increased viral load of DWV in honey bees has likely facilitated its transmission to other bees and insects that share floral resources with honey bees. Indeed, several studies have reported the presence of DWV in various groups of insects including bumble bees, several groups of solitary bees, syrphid flies, ants, and cockroaches among others. However, studies investigating the transmission of DWV to other insects have focused on the detection (presence or absence) of the virus among pollinators, rather than the level of infection. While DWV infection has been demonstrated in bumble bees, infection in other bees and pollinators has not been shown. Thus, the question remains: are honey bee viruses abundant in wild bee populations? And if so, is the level of infection of honey bee viruses in wild bees related to how many honey bees are present?

We found that DWV was the most common virus among the species sampled, with about 70% of the samples positive for DWV. Specifically, we found that 95% of the honey bees sampled had DWV, compared to 88% of bumble bees and 48% of squash bees. This corroborates with results from previous studies. However, when we quantified the relative levels of DWV in the three species, we found something unexpected! We found an average of 10 million copies of DWV in honey bees, compared to 48 viral copies in bumble bees and 4 viral copies in squash bees. Our results suggest DWV is widespread among these wild pollinators, but the virus does not present at the same level in wild bees as it does in honey bees. Due to the low number of DWV copies we detected in squash bees, we suspect that they are not good hosts for DWV, and that the virus is not infecting them.

So, what does this mean and how is this important to our understanding of interactions between honey bees and wild bees? First of all, this study provides empirical evidence that honey bee viruses are likely not having a large negative effect on wild bees. Indeed, experimental studies looking at the fitness costs of DWV infections in other bees have shown that DWV infects bumble bees but not solitary bees. Our results also seem to indicate that solitary bees are likely not severely impacted by the DWV epidemic that is attacking honey bees. This is particularly important given that wild bees often interact with feral honey bee colonies which have uncontrolled levels of varroa mites and experience extremely high DWV infection levels. While we found that wild bees may not be negatively impacted by these honey bee viruses, many wild bees are known to suffer from other pathogens and parasites. Our lab will continue to monitor pathogen and parasite burden in wild bee populations and look for farm management practices that may reduce these threats.

To learn more about this study, check out our article: